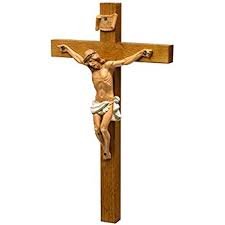 through baptism into death, so that, just as Christ was raised from the dead by the glory of the Father, we too might live in newness of life.
For if we have grown into union with him through a death like his, we shall also be united with him in the resurrection.
We know that our old self was crucified with him, so that our sinful body might be done away with, that we might no longer be in slavery to sin.
For a dead person has been absolved from sin.
If, then, we have died with Christ, we believe that we shall also live with him.
We know that Christ, raised from the dead, dies no more; death no longer has power over him.
As to his death, he died to sin once and for all; as to his life, he lives for God.
Consequently, you too must think of yourselves as (being) dead to sin and living for God in Christ Jesus.